Learn to make delicious, gourmet style meals, snacks, and treats for less than the cost of most fast food.

Like many people in our modern society, Chef Cassiopeia struggled with health for most of her life. She often suffered from stomach pain but thought that was just a normal part of everyday living.

One day she realized that things had escalated out of control, and discovered that her neck looked quite swollen, with a large bump about the size of a grapefruit.

She soon discovered that it was due to an autoimmune disorder called Graves Thyroid Disease. Little did she know, with this diagnosis her life was about to drastically change.

She spent years with this condition, struggling to accomplish even the most basic of life’s daily tasks.

Then, when things had become too overwhelming, Cassiopeia made the decision to have her thyroid surgically removed.

However, she quickly realized that simply removing her dysfunctional thyroid gland wasn’t the cure all that the medical establishment claimed it was, and her health began to decline once more.

Although Cassiopeia was feeling broken and defeated, she was determined to figure out what was still making her sick.

So, she set out on a journey to learn everything she could about the things that impacted the thyroid gland, and she discovered more than she could have imagined; she unearthed a wealth of knowledge in diet and nutrition.

She learned that food could be medicine, or poison.

The more Cassiopeia learned, the more her direction in life became clear. She would learn everything she could about diet, nutrition, and overall wellness so that she would be able to pass that information along to others.

Her mission became to educate on ways to enrich people’s lives, so that others wouldn’t have to get major organs cut out of them like she did.

So, now her goal is to unpack the science behind modern diets, and to reinvent the Standard American Diet (SAD) using whole foods that are rich in nutrients.

This journey of discovery led to the creation of the NEW Intro to Keto Cooking Class. 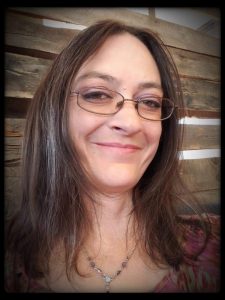 Hello! My name is Cassiopeia Caldwell, and I am passionate about all things health and wellness. I love helping people connect with their own cooking intuition in the kitchen.

Join me, as we dive into the wonderful world of wholistic eating.

In the NEW Intro to Keto Cooking Class we dive into history and science of the ketogenic diet and learn to create 5 delicious keto friendly recipes.

Upon completion of the Intro to Keto Cooking Class you will:

So, if you are new to the keto diet…

Or know nothing about keto, but you’re curious about it…

Or maybe you’re well established into keto, but getting bored of your routine?

After many requests, almost a year of preparation and lots of “test meals” 😉 I am so happy to present the Intro to Keto Cooking Class by Cooking with Cassiopeia.

I decided to open up my kitchen and share some of my own original recipes as well as some incredible recipes I’ve discovered.

Join me and learn to make delicious, gourmet style dinner, snacks, and treats for less than the cost of most fast food.

What’s on the menu this time?

90 second keto bread: What, keto bread? That’s right. Not only can you have your bread, but with your microwave you can have it within minutes. For real!

Farm fresh eggs: Eggs are a delicious, nutritious keto friendly treat. The fresher, the better. Just so happens I have some happy hens willing to donate some eggs to our party.

Guacamole: Guacamole for many New Mexicans is that one dish that we always wanted to binge on but was always told was naughty for some reason. I’ll unpack the myth behind avocados and discuss their benefits.

*The first Intro to Keto Cooking Class will be held in the breathtaking Sandia Mountains just 20 minutes outside of Albuquerque on February 29th, 2020 from 2:00-5:00 pm.

Be the first to know about

by signing up for the